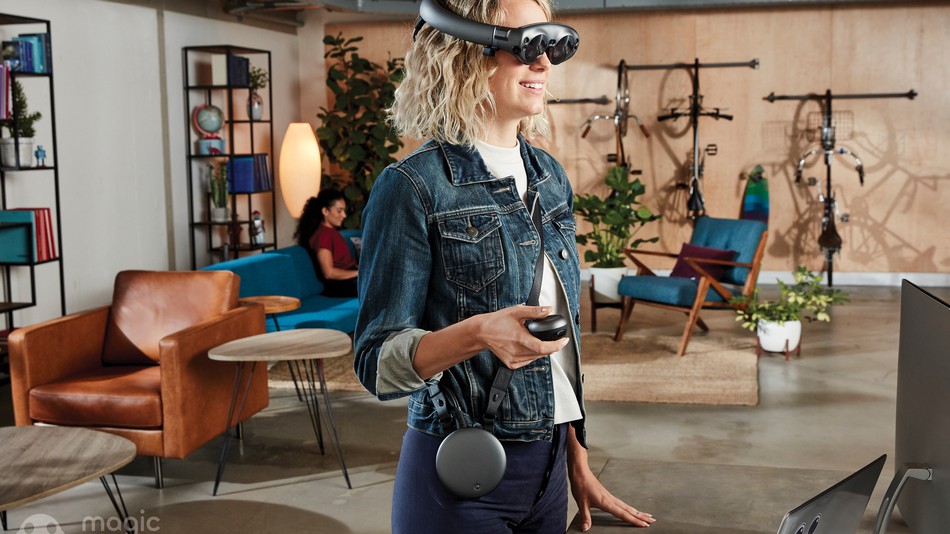 Till date, you must have tried a few AR headsets before, but nothing can truly blow you away with such realistic features. After the launching of Magic Leap, the expectation is high from future. And yes with that hope we are positive for that change.

Like any good magician, founder and CEO Rony Abovitz, 45, keeps his cards close to his chest. Magic Leap has operated in extreme secrecy since it was founded in 2011.

The R&D department of Magic Leap with rigorous development and high tech testing came up with such great invention thus it hypes the audience expectation before the launching time. Now when Abovitz the founder of magic leap has revealed its first product what it’s been working on for a long time. This created a level of excitement among the eager audience. The glimpse of this product gives us the clue what sort of future of computing is waiting ahead for us.

Here’s what you need to know about…..

The long wait for Magic Leap finally came to end. And yes it has been a long roller coaster of emotions for everyone but the company has finally shown up.  It is all about mixed reality glasses that it looks like.

The glasses are called Magic Leap One and there is a lot to do with it. A new virtual world where 3D creature approaches to with different sound effects and visual effects.

This is something similar to Google Glass and HoloLens. Talking about magic leap one, the glasses overlay digital 3D graphics onto your view of the real world via a headset with transparent lenses.

To date, Magic Leap has raised nearly $1.4 billion in venture capital, including $794 million this past February, reportedly the largest C round in history.

This technology could affect every business that uses screens or computers and many that don’t. It could kill the $120 billion market for flat-panel displays and shake the $1 trillion global consumer-electronics business to its core.

What is magic leap?

“Magic Leap” has developed this outstanding device enabled with unique technology what they refer as light field technology. To know More the lightfield part refers to the way Leap accommodates multiple focal points. This provides the user with ultimate 3D experience where they will be able to clearly see holograms at various distances. The user after experiencing it was suitably impressed. Magic Leap has adopted a new term called “spatial computing” for this new evolutionary device rather than using the terms “mixed reality” or “augmented reality.”

Users have been skeptical about Magic Leap because it has never shown its product in a public setting thus users are excited for Magic Leap One. There are so many journalists and other folks following the start-up and at the time of launching an interview, only a handful of journalists have been invited to see it and write about it.

Magic Leap possess a team of developers who develops application for the variety of platform and “creators” like cinematographers who shoot video or create other content for Magic Leap.

Throwing light on Lightfield, it not only captures every beam of light hitting our eyes but also the direction each one is traveling in the particular environment. It tracks the amount of light traveling through every point in a space. Thus it allows VR, AR and MR researchers, and engineers to give virtual animations, objects and characters a sense of depth with a high level of visualization.

“Techies claim that this technology is better for our bodies – eyes, brains etc than VR as it respects how we understand and process the world.”

About the Idea behind this…..

“the goal is to replace the smartphone”

Talking about the idea here the digital world won’t be superimposed onto the real world instead integrated into it. It is the fully interactive environment where the user will be able to watch things around it and feel it while watching virtual creature around the space.  The device will also be aware of what the user is doing due to the camera and sensor. So if the user suddenly gets up to go do something else, it’ll pause automatically until the user starts again. And once the user finishes it’ll resume what it was doing previously. This great feature working can be understood by the working of an amplified version of normal television. But that’s not all it is.

They have moto behind all this. Magi leap believes that there can be a huge amount of devices that it can potentially replace.

They explain it by saying “we’re not saying for everyone will go down this path.” Further adding they explain that “if you actually add all your phones, your televisions, your laptops, your tablets, that add up to thousands or tens of thousands of dollars, all get virtualized,”

The scope of Magic Leap one…

“the best way to understand Magic Leap is to experience it.”

Microsoft HoloLens is the closest to this sort of virtual experience. Magic Leap allows you to interact with computer-generated images that appear with the world around you.

Magic leap is targeting business users with the future where providing devices for everyone to wear all the time, including students, business users, and regular consumers at home in his or her living rooms.

A consumer might be shopping for a car and, with Magic Leap, could see that car right in their driveway and swap out the colors in real time. Or imagine browsing for a pair of shoes online and seeing what the shoes look like in 3-D from your desk.

From the health industry perspective, it seems like Magic Leap is working towards creating a healthy content ecosystem with both first-party and third-party entertainment support alongside a more standard AR operating system.

Apart from that on the other side, there are AR games that Magic Leap one offers that take over the desired space and project animated jellyfish floating around your head. Adding on a big thanks to this technology that portraits some kind of digital character that user can hold in your hand, acting as an AR personal assistant. Abovitz the founder of magic leap has also declared a partnership between Magic Leap and Twilio. It is very much focused with plans to add its software that would let app developers approach on phone calls or text messaging to the Leap system.

So with Magic Leap users, on the one hand, will be able to open up emails, watch TV and sports, buy shoes and a hell lot of things that can be done in a couple of seconds. The user might be able to sit at home couch as if in courtside at a basketball game, or right in front of a band user like.

Since digital objects can look 3-D imagine a late-night show but instead of watching it on your TV or another device user can watch it as if the host is sitting in your living room.

Magic Leap’s technology enables those experiences, but it still needs developers to create them.

What is the price of Magic Leap?

Magic Leap has been covered in mystery for a long time. Due to many issue the company has spent almost a decade. As Magic Leap is working on technology that superimposes computer-generated images over the real world in the field of vision.

With the concern about the cost of the Magic Leap One users waited for a long time. It costs $2,295 and that’s a huge amount, but it’s not being sold to consumers yet. Right now Magic Leap will sell it to those company who will build more apps and games for their device.