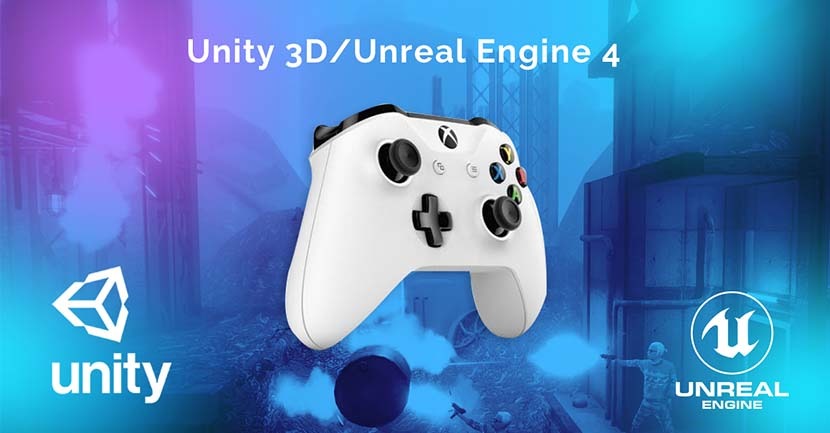 The game development market is growing and by 2020, it’s going to hit revenues of USD 90 million and above. If there was ever a better time to be an Indie game developer, it’s now.

Writing tedious lines of codes can quickly get frustrating, not to mention downright boring. But a game engine simplifies the process and lets you enjoy creative freedom. From being able to draw 2D and 3D shapes easily, render environments, save precious hours by not scripting, networking, or doing any of the technical chores, a game engine can really make a difference when it comes to high-quality game development. Some of the best selling games out there were built in game engines like the Unity3D and Unreal Engine include Temple Run, Assassin’s Creed: Identity, Escape Plan, Rust,  Gears of War 3, and Border 2. But just because a famous game development company, brand, or designer used it doesn’t mean you have to as well.

Before selecting a game engine for building a game, you have to carefully weigh your options. Every engine comes jam-packed with features and various developer tools, and there’s the pricing factor too. End game is – you pick a game engine that works for you and meets your requirements.

Unity 3D and Unreal Engine 4 are suitable for those who are just starting out. Here’s what to know about Unity vs Unreal Engine game development below.

Unity3D vs Unreal Engine – The Battle

Unreal Engine was introduced to the world by Epic Games, a company that made its debut with Unreal Tournament back in 1998. Although the game engine was used for building first-person shooter games, it has evolved and now used for various gaming genres like side-scrollers, MMORPGs, RPGs, etc.  Unity 3D made its debut at the Apple Worldwide Developer’s Conference in 2005 as a cross-platform game engine and was created by Unity Technologies. It’s popularly used for building 2D and 3D games and supports up to 6 programming languages.

So far, there have been six versions released and some of the popular Unity 3D games released globally are Pokemon Go, Angry Birds Epic, and Battlestar Galactica Online. Below is a comparison of the features and capabilities of Unity 3D versus Unreal Engine.

Unity 3D is packed with tools for Physics, Animation, Event Triggers, audio, etc., but after you get the hang of them, you’ll feel as if they are missing something. Sometimes errors get throw on-screen but this is where the Asset store makes up for it. You’ll find various plugins, extensions, and various assets that fill in the “gaps”. And if you know how to write your own tools, that makes it even better since you can optimize them to your needs.

When it comes to the pricing, the only catch is Unity 3D is free until you hit revenues of more than USD 100,000 for your game. It’s free but with limited features. The paid version bundles key features like Asset Bundle and more. In terms of the pricing, Unity 3D costs 75$ a month for the pro version while Unreal Engine costs you nothing but 5% of your game revenue (if it exceeds $3000 in a quarter).

The Types of Games You Build

The biggest factor that influences between choosing Unity 3D and Unreal Engine is the types of games one plans to build. If it’s building simple puzzle games, 3D platformers, logic games, and even first-person shooters, Unity 3D is what you want to go for. ARCore lets indie game developers create and author AR games from inside the game for those who are using versions 2017.1 and above.  For the Unity UI, there are several great tools like Text Mesh Pro, the Unity ARKit Remote, and ARFoundation that delivers users platform-specific features like AR Scaling, plane detection (horizontal and vertical), feature points, custom shaders, and real-time response to AR data that is fed in by users – letting developers build stunning games on-par with Unreal Engine’s capabilities.

Virtual Reality is a segment that’s branching out to various industry verticals like healthcare, business, education, pharmaceuticals, and agriculture too. Unity 3D lets you create working mobile games that you can use on the Oculus Rift,  Google Cardboard, and Gear VR Device. Even experienced game developers prefer going for Unity 3D over Unreal Engine due to its proactive and supportive community and easy learning curve. However, it is important to note here that Unreal Engine wins hands-down when it comes to 3D game development and that Unity 3D is best suited for mobile games. If graphics aren’t the main concern and creating customizable mobile games (both 2D and 3D) are the main focus  areas, Unity 3D is the way to go

When it comes to Unity, you get the edge as a beginner. If your goal is to just start making games without wrapping your head around the technical stuff, Unity 3D becomes instantly an excellent choice. Granted that it lacks in the graphics department (which needs work) but with more and more updates coming out, we’re sure the game engine creators will get there. In the case of Unreal Engine, getting help or tutorials specific to issues are another issue. There’s almost no learning content, just heavy technical documentation, and if you run into any problems, you’ll have to figure out the solution yourself since the community isn’t very huge.

The bottom line is if your budget is limited, you’re just starting out, and you have a small team of developers – Unity 3D is the best game engine for you. If you’re planning on making AAA games with big teams and want to launch them on a global scale, Unreal Engine 4 is worth the investment.

Quytech has a team of unreal engine developers who can create incredible 2D/3D content for Unreal Engine applications and experiences.