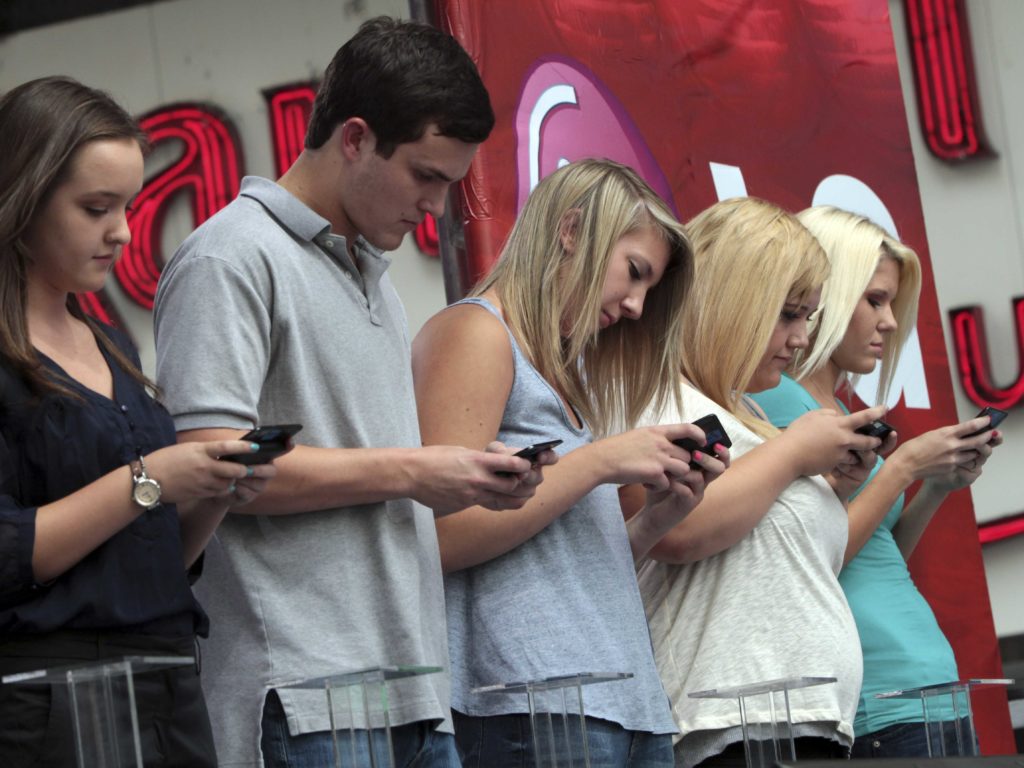 1.    According to the latest research by mobilemarketringwatch, people in the U.S. check their social media accounts mainly Facebook, Twitter etc a staggering 17 times a day as comparatively less to smartphone users in Thailand, Argentina, Malaysia, Qatar, Mexico and South Africa who check 40 or more times per day.

2.   Facebook consumes most of the time with an average of 42.1 minutes/day and Linkedin the least with 9.8 minutes/day. For more details on how much time each social platform is consuming you can refer the graph below:

3.  Americans spending the most time per day on their phones with a staggering 4.7 hours which is one third of total day time if assuming a sleep of 8-9 hours.

4.   According to Gallup report based on 15,747 members of the Gallup Panel who have smartphones, conducted April 17-May 18, 2015, 81 % of American smartphone owners keep their device with them nearly all the time and they don’t just carry it around. 72 percent of the respondents claim to check their smartphone at least once an hour, most of them several times.

5.  To my surprise, males are more addicted to their phones as compare to females as 12 % male check their smartphones with in every few minutes as compare to 11 % woman. Similarly 43 % males check few times in a hour while female % is 38 in this case. Check in graph below 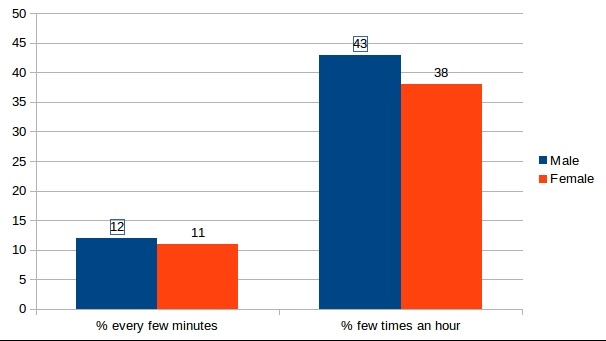 LinkedIn & Google+ : They are international and skews toward male users.

Pinterest is dominated by tablet users. And, according to Nielsen data, 84% of U.S. Pinterest users are women.

Tumblr is strong with teens and young adults interested in self-expression, but only 8% of U.S. Internet users with incomes above $75,000 use Tumblr.

What others are saying:

Half of U.S. Smartphone Users find Life  without Smartphones Is Hard to Imagine by Laura Entis