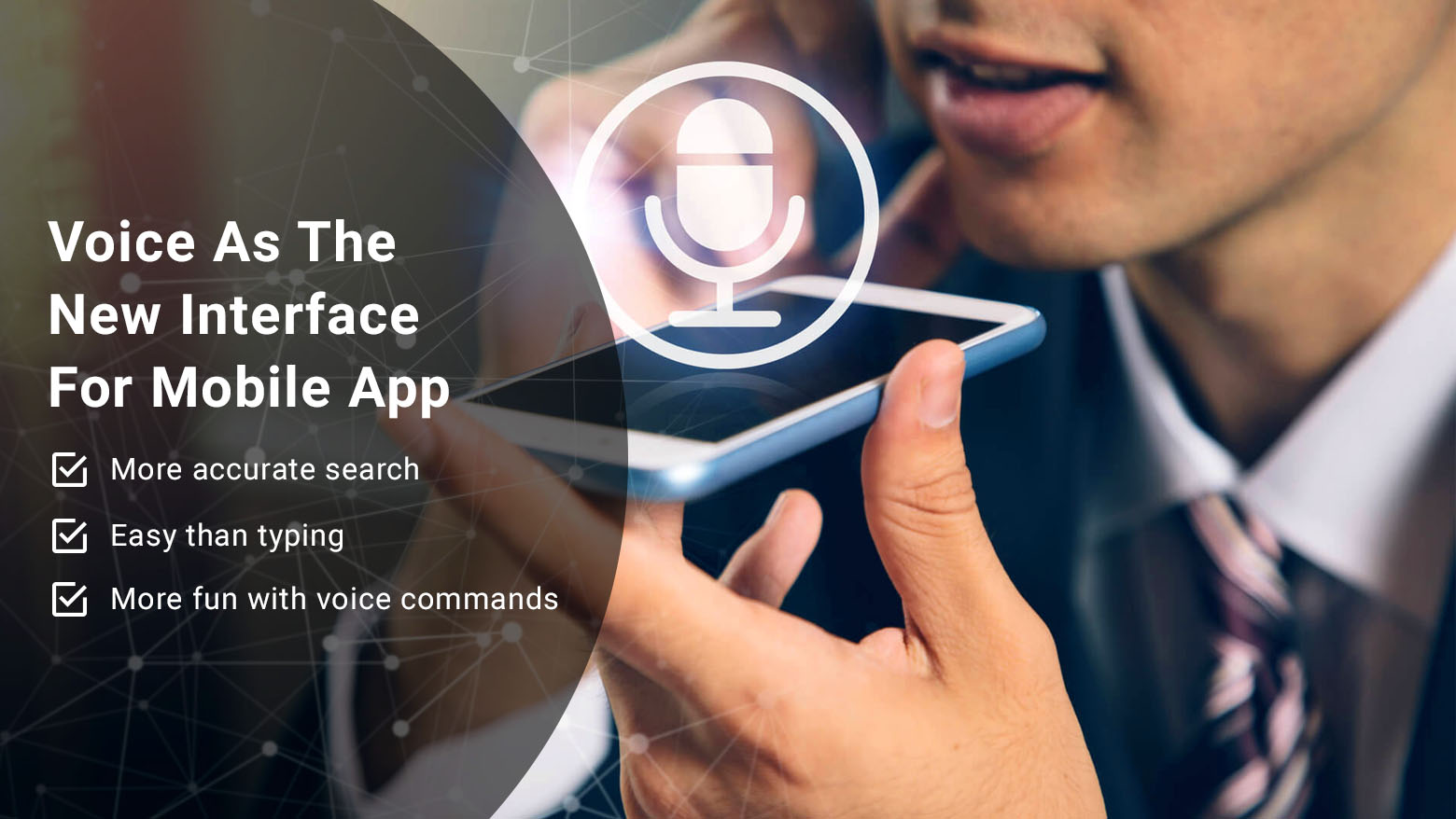 It is observed that any manner of complexities in the field of technology encouraged experts to discover the next advanced level of technology. With time technology kept on moving further from the keypad to touch phones and now it’s all about voice interface.

Thus, the voice interface filled the gap between human and machine with a natural voice command. Therefore, to be ahead in the competition all giants are offering voice Interface: Apple has Siri, Google has Google Assistant, Microsoft has Cortana, and Amazon has Alexa. Now is the time to be thinking about how voice interface may benefit your business.

What is Voice user Interface all about? 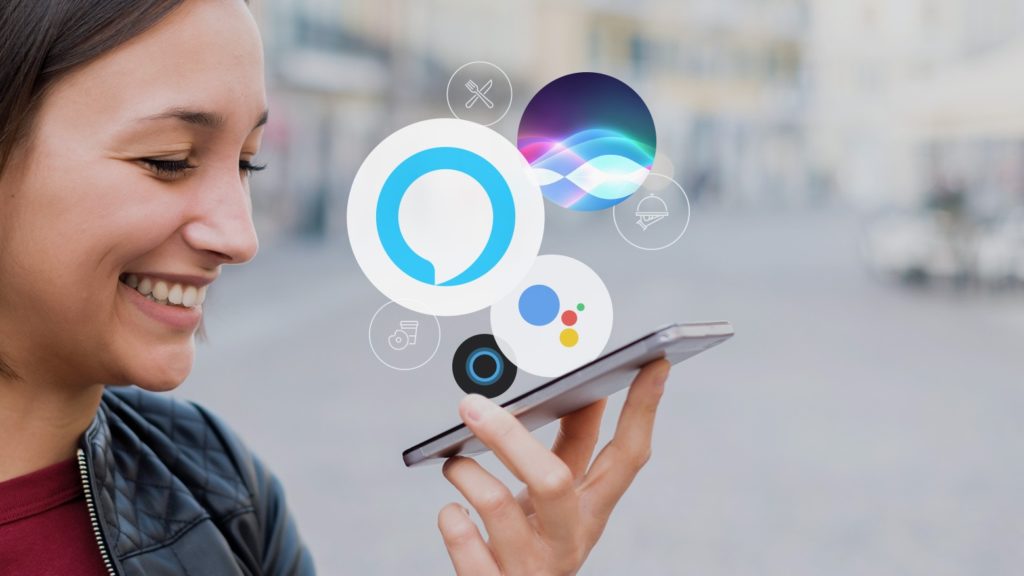 The voice interface helps users with the ability to search for queries on the web with a voice command. The user can command for the queries by starting the search saying “Hey Siri” or “OK Google” rather than typing it out in a search bar. To activate the search option via voice command, tap the microphone icon next to the search bar on the browser.

Today, voice has empowered the industry by increasing the number of search engines, mobile devices, and home assistants.

The user is now more comfortable with voice search. When we talk about voice interface, it is an interruptive way to change the traditional method approached to look for the query on the web.

Voice interface is changing the scenario as more and more voice search options are becoming the habit of the users. The traditional search is slowing down based on the rising trend of the vocal interface. Stats show that 58% of consumers have used voice search to find local business information within the last year. Apart from that 76% of smart home speaker users conduct local searches weekly.

With time Voice search is continually growing among the online users. This is the reason why online businesses now understand the importance of voice-based searches. Voice has become a new interface for the user to interact with the App. Thus, Voice recognition apps at present have become in trend. Many apps in the market are getting upgraded with Voice feature to engage users.

From the user point of view, high accuracy rates of mobile apps accessibility are offered by voice interface. Thus, incorporating the voice interface to your business could make wonderful use of the App.

Talking about the power of voice interface, it can easily turn, the user into high-speed typists. These days Apps are integrated with AI and all the voice commands are analyzed in the cloud servers, this provides the App with speed without any hassle.

Users with a natural speaking pace can deal with the voice featured Apps. Businesses are taking the advancement of voice interface with voice commands that can take user experience to the next level. 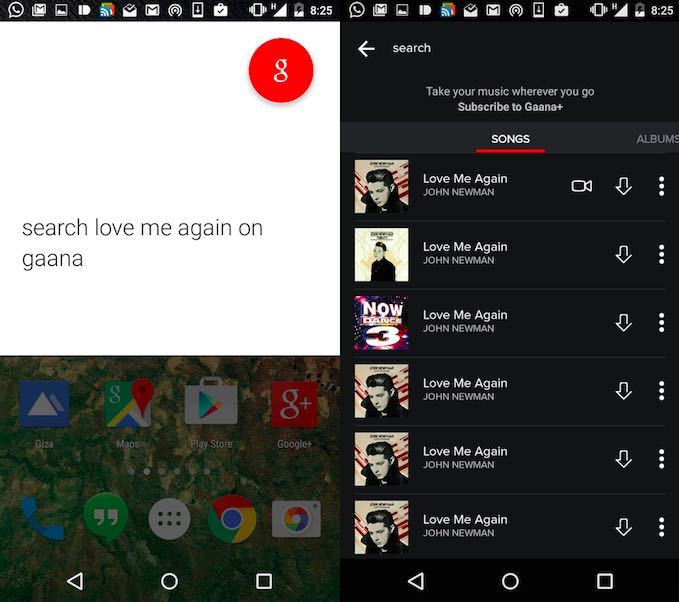 Why Voice user interface technology is trending in the Market?

Voice interface is getting power with an ability to tailor an App with a voice command. Voice assistants like Google, Siri with the help of AI and deep learning can all learn your unique speaking patterns over time. Voice interface takes care of specific filler words, regional common term and pronunciations of the user while voice search.

Voice interface has become increasingly more in trend with much accurate voice search. It is becoming a strong competitor to traditional technology. According to a report, voice search has just reached 95 percent accuracy to date. This advanced technology with voice search’s ability refers to a user’s prior search history. Due to these answers to the queries become even more tailored and accurate with more searches from the user’s side.

Voice search is simply faster and more efficient than typing in any manner. The benefit of voice interface is that all age groups can use it regardless of their knowledge about any technology.

Users adopted it faster because it’s easy for them to command rather than typing. Moreover, it is time-saving as there are no typo errors with voice search due to AI integration.

With improved accuracy, users are getting easy with an advanced voice interface. It has become a new way to interact with the world. Users just need to command and all is done within a couple of seconds.

Voice searches are more frequently used from commanding Google map to book a room in a hotel. Users with smartphones are reported using a voice interface daily. Users are acknowledging voice interface as it is becoming the primary reason for them to use voice search.

Voice interface enabled apps are becoming a part of the user’s life. By constant demand for a voice interface, a business can gain insights into how to adapt voice interface to their system. The increasing dependency for online users on voice commands is the new way for the business to engage users efficiently. There is an increased demand for voice interfaces, where the user wants to completely depend on the voice interface with their smartphone.

There are many mobile app development companies that are helping many Businesses to take their app to the next level with the integration of the voice interface.